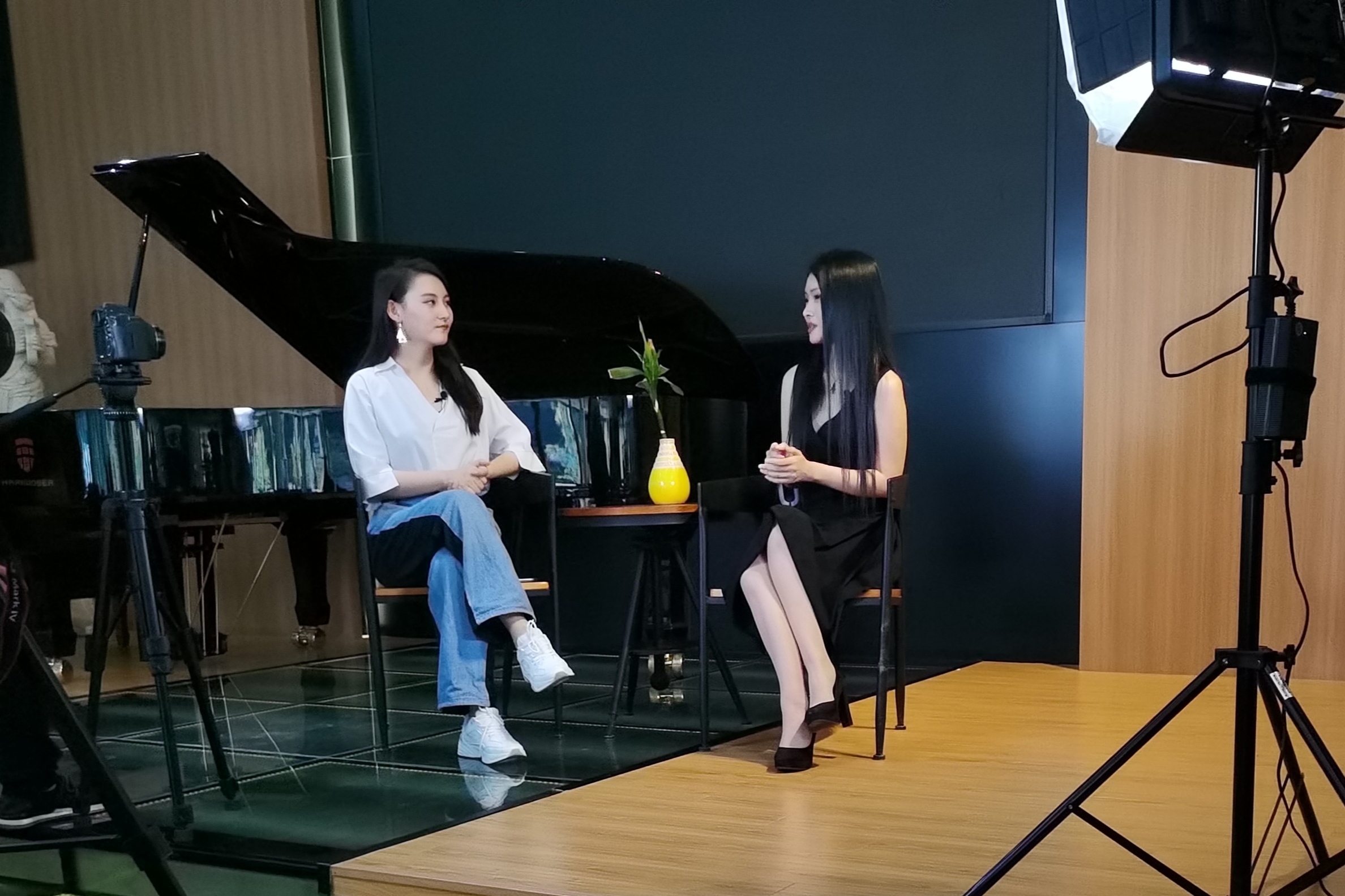 Yan Yu was a Business English major at Guangdong University of Foreign Studies. During her master’s degree, she studied International Management with European Studies at the University of Exeter, and also International Business at Copenhagen Business School in Denmark. She has also won the “Enterprising Award” of the Ministry of Commerce, People’s Republic of China, and the “Future Business Elite Award” of the Xinhua Economic Information Daily. She has also received the EU Erasmus+ Master Scholarship. Now she is working for a fortune 500 company.

With such an outstanding business background, it is difficult to associate Yan Yu with music composing. But in April, 2020, Yan Yu’s first album of original music, Silent Hopes, was published and sold in Xinhua Bookstores, the largest and only country-wide bookstore chain brand in China. In the album, nine pieces of light music and an original musical excerpt are included. A song “Breath from Venus” in the album was choreographed into a ballet show and will be performed by Canada’s Royal Winnipeg Ballet at the end of November, 2020.

With “bread” to start the music life

Yan Yu told reporters that it was one after another “bread” that opened the door of her music life, and led to today’s success of publishing an album.

“Now, parents generally pay more attention to their children’s talents. But for my generation, when I was just a young kid, parents were all ‘pragmatic’. My parents had a high expectation of my academic performance, and because they thought music learning is a waste of my study time, they wouldn’t agree on my request to study music. My first big investment in music learning actually came from my own savings.”

Every morning she paid one yuan for two pieces of bread, one for breakfast and one for lunch. She secretly saved all the extra meals, and went to the piano school to pay the first instalment tuition for piano classes. That was how Yan Yu’s music life was started. A little girl’s persistence toward her music dreams, a “silent hope”. Little Yan Yu gained admiration and respect from all the adults around her, so her parents and teachers also started to pay attention to her music training.

In addition to the study of piano and cello, as Yan Yu’s voice conditions are good, she was also selected by a vocal music teacher to learn Bel Canto. After only one year of study, Yan Yu successfully passed the Bel Canto Level 8 examination of the China Conservatory of Music. Yan Yu told reporters with a smile that although she seldom has the opportunity to sing Bel Canto now, her love for it has not diminished at all. Over the years, she has been creating musicals. In this album, an excerpt of an original musical, written and sung by Yan was also included.

The original purpose of composing music is filial piety

Yan Yu first decided to produce an original music piece when she was studying in UK. Yan Yu, who was far away from homeland, was unable to present her mother a birthday gift. Then she decided to compose a cello song to her parents. Her father gave the song a poetic name — “Girl in the Faraway Land”, symbolizing Yan Yu, his daughter who was studying abroad. This piece representing homesickness for parents is the first original piece in the album.

If someone had told her that she would release her first original music album four years later, she says with a smile, she wouldn’t have believed it but only to stay focus on her business books. Even with her first piece of music completed, composing remained to be only a hobby in her spare time.

However, even though it was just a hobby, Yan Yu still worked hard on it. She read more than ten books related to composing theory, and kept her creative attitude all the time.

The reporter noticed that the beginning of this year was actually a productive period of Yan Yu’s compositions, when the epidemic was at its worst.

“One of the sayings that was popular on the internet struck me: How you spend your time during the pandemic is a reflection of how you will spend your life. Everyone has to stay at home, and we can take this special time to finish the dreams that we have been pursuing for. This could be a watershed. Should I give it a try or just let it drift along?”

Inspired by this concept, Yan Yu used the time she saved from the pandemic to polish her previous compositions, all of which were eventually included in the album.

Although Yan Yu has followed the traditional route of school learning since she was a child, focusing on business all the way, she still presents a strong temperament of artist. She said with a smile that as she often shared her music pieces and became a student at the Copenhagen Ballet Academy while studying in Denmark, many of her friends could not even tell whether she was a business or music or ballet major.

“I was greatly influenced by the experience when I was studying in the UK. ‘Boundary-crossing’ is not a strange thing for a student, but common. One of my German classmates at University of Exeter has a same business background as mine, but he is also an excellent pianist. He has given concerts in many European cities. In our spare time, we discussed composing techniques together.”

Yan Yu says that being in this “boundary-crossing” background, composing music has become natural for her.

“One day, when I was busy at work, all of a sudden a beautiful melody came into my mind. I had to run to the bathroom immediately to record it; and another day, when I was standing on the street, a gust of wind blew into my ears, and following that, a melody also came into my mind. I smiled and thought, was I the composer, or the wind the composer?”

Exploring and trying new things in different fields have become an important part of Yan Yu’s life. “Where there is life, there is creation,” says Yan Yu. As the album has been published, Yan Yu hopes that the next milestone in her musical career will be to stage her own original musical.

Any cookies that may not be particularly necessary for the website to function and is used specifically to collect user personal data via analytics, ads, other embedded contents are termed as non-necessary cookies. It is mandatory to procure user consent prior to running these cookies on your website.